So i’ve been meaning to write this for 5 months, 1 week and 4 days! But it turns out having a baby takes up A LOT of time!! Gone are the days where I can straighten my hair, make a sandwich or watch a FULL episode of “How I Met Your Mother!!”

I just wanted to share my story of my lifestyle change from travelling and snowboarding…..into Motherhood…..the biggest adventure yet!!!

To cut a long story short, I had some medical problems that had bothered me for years and had been told that having a baby would be very difficult. So after a trip to Bali and a few cocktails later, imagine our surprise/ LUCK when I got those 2 lines of the home pregnancy test! Boom, the end of snowboarding and life as I knew it and the start of a new chapter:) I really felt like I was the luckiest person on earth, it was a bloody miracle!!!! I owe it to a chubby little Balainaise man who told me to go and stand under this “healing” waterfall as it had magical powers. Low and behold, a couple days later and I was up the duff!!!!! Must go back and thank him one day…….ill even take the baby!!

Pregnancy treated me semi well. Once those first few weeks of morning sickness (actually 20 weeks of all day sickness and living on a diet of Crumpets, Babybels and Wotsists) had subsided, I felt wonderful!! Having been signed off any strenuous exercise to safely cook the baby (only yoga and swimming for me), I was thoroughly enjoying getting fat and happy (pic at 30 weeks!)

But then I go SO FAT, like really really fat. Maternity jeans weren’t even fitting, I kept getting wedged into places, I couldn’t wear shoes and people started to question whether there was actually twins in there (please god no!!!). I was wider than I was tall and my worst fears had come true, my 6ft 2 husband had impregnated me with a heffalump! At 36 weeks even had to hit swimming on the head as I could no longer get out of the pool without flopping out onto the side like a baby hippo!

Turns out I had pre eclampsia (can make you very swollen) so mad rush into hospital 2 weeks early to be induced……..sh*t I wasn’t ready!! I enjoyed being pregnant and all the attention and excitement, but now it was dawning on me I was actually going to have a real life baby and I was definitely not the maternal type!!!!

I wont go into my birth story as its not for the faint hearted, lets just say it wasn’t pretty ( Arlo has a very large head) and ill never be the same again…..I don’t think Rich will either! And its also safe to say we will be getting dogs from now on!

But oh so worth it! After a week in hospital with a few further complications, we were sent on our merry way with this little ginger baby (baby Arlo….thank you Matt/ Holly Burt for the name inspiration). We were definitely feeling like we weren’t responsible enough for this yet and life would never be the same again

Bless little Arlo, he’s definitely not been the easiest of babies, but lets face it, I was never going to have a normal baby!! I think he pretty much cried for the first 3/4 months non stop, apart from when he had my boob in his mouth! And sleeping, that was non existent and still is unfortunately. There were points I was seriously considering drinking a bottle of vodka to help Arlo sleep (perks of breast feeding, the baby has what you have!!). He had/has Colic and Reflux and various hospital visits. All this is normal baby stuff but I can tell you, it was definitely a shock to the system!!! I was hallucinating at night through lack of sleep and I was a shadow of my former self!! There were times that I just wanted to drive off into the sunset by all by myself!!! 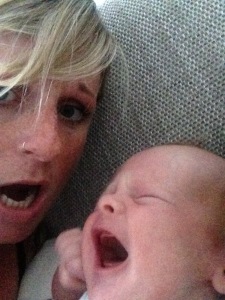 Nearly 6 months on and I am slowly beginning to surface. He still feeds every 2 hours around the clock, but im coping with it. Its amazing how your body adjusts!! Maybe all those all night house parties in Tahoe had been good training!! (thanks for the photo Addison!!) 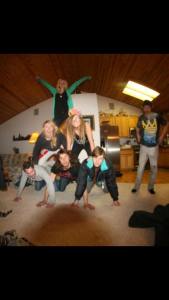 I have learnt a great deal through becoming a mother…….that its ok to get your boobs out in public when you are not drunk!!! You ALWAYS need to put the break on your pram (long story). I know now that a babies pee can cover a good distance and that you should check that you have actually put your baby into the car before you drive away. Breast milk doesn’t taste good in tea and you will end up eating A LOT of cake…….. Also, if you’re having a bath with your baby and you see some bubbles, get out quickly!!! 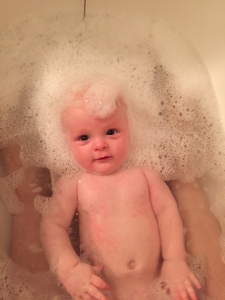 Arlo is turning into a proper little character now, he’s so friendly and outgoing and loves being around people. Also a very VERY active baby, literally doesn’t sit still! You can already tell he has an adventurous spirit and doesn’t like to be tied down. He loves to be outdoors and gets agitated if he has to be in the house all day (which suits me very nicely!!) He honestly has a better social life than me!!! 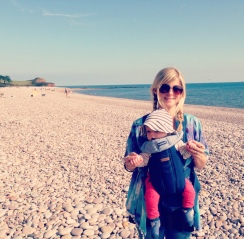 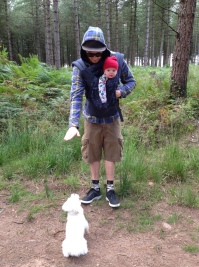 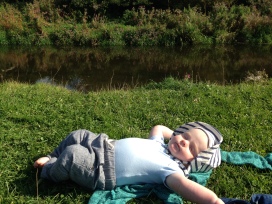 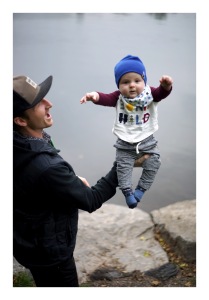 Yes I miss snowboarding, so so much, and my travelling lifestyle. But Having a baby almost makes everything before seem insignificant in comparison. Its hard to explain, but having a baby puts everything into perspective. Things that used to matter to me just don’t really seem important now, or maybe I’m just too tired to think about it!!!  HOWEVER, I am even more driven now to travel and snowboard and have more amazing life experiences (lets face facts, im not cut out to be a house wife!!). This is mainly becuase I want to share all these adventures with him now:) I especially cant wait to see his face when he sees snow for the first time!!

And little does he know that when he’s 18 and wants to go backpacking around the world with his friends……..im going to go with him hahaha!!

So to finish, I knew having a baby was never going to be a walk in the park, but I don’t think anything could have prepared me for just how full on it was going to be. But I always remember that he was a total miracle for us and I will forever be thankful. I love snowboarding so much and the lifestyle it gave me, but honestly theres no better feeling then when your baby smiles at you!! Thanks Arlo!!

Its now my ambition to create a fun and adventurous life for Arlo so that he will be energetic and free spirited and make the most of the world! First snowy trip……Austria at Christmas!!!! 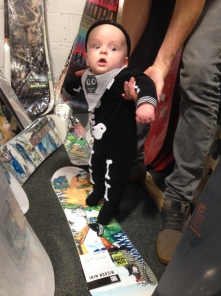 And I really hope that I can still snowboard and do a tail grab and that one day he will be proud of me and not embarrassed to snowboard together!!!! And WE WILL all live in the mountains one day, happily ever after!!!!!!!!! 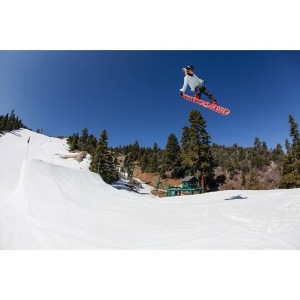 And thank you to all my friends, family and of course to Rich for putting up with me and supporting me through the biggest challenge of my life so far (you’ve been way better at this than me!!!). Think I’m getting to grips with it now????? Maybe……

PS. Im so sorry about all the baby photos on Facebook, i just cant seem to help myself!!

PPS. Who knew dressing a baby was way more fun then dressing yourself!!

6 thoughts on “Boarding into Motherhood!!”